The westernmost point in Ireland, the Dingle Peninsula is the location of numerous prehistoric and early medieval remains. The peninsula is dominated by the range of mountains that form its spine, running from the Slieve Mish range to the Conor Pass and  Mount Brandon, Ireland’s second highest peak. The magnificent coastline includes steep sea-cliffs and stunning views of the Atlantic Ocean. Throughout the peninsula are many fences, monuments and structures made from the local stone, dating from the Neolithic Age (4000 B.C.) through early-Christian times. Most notable among the early-Christian structures is what is commonly called the Gallarus Oratory. 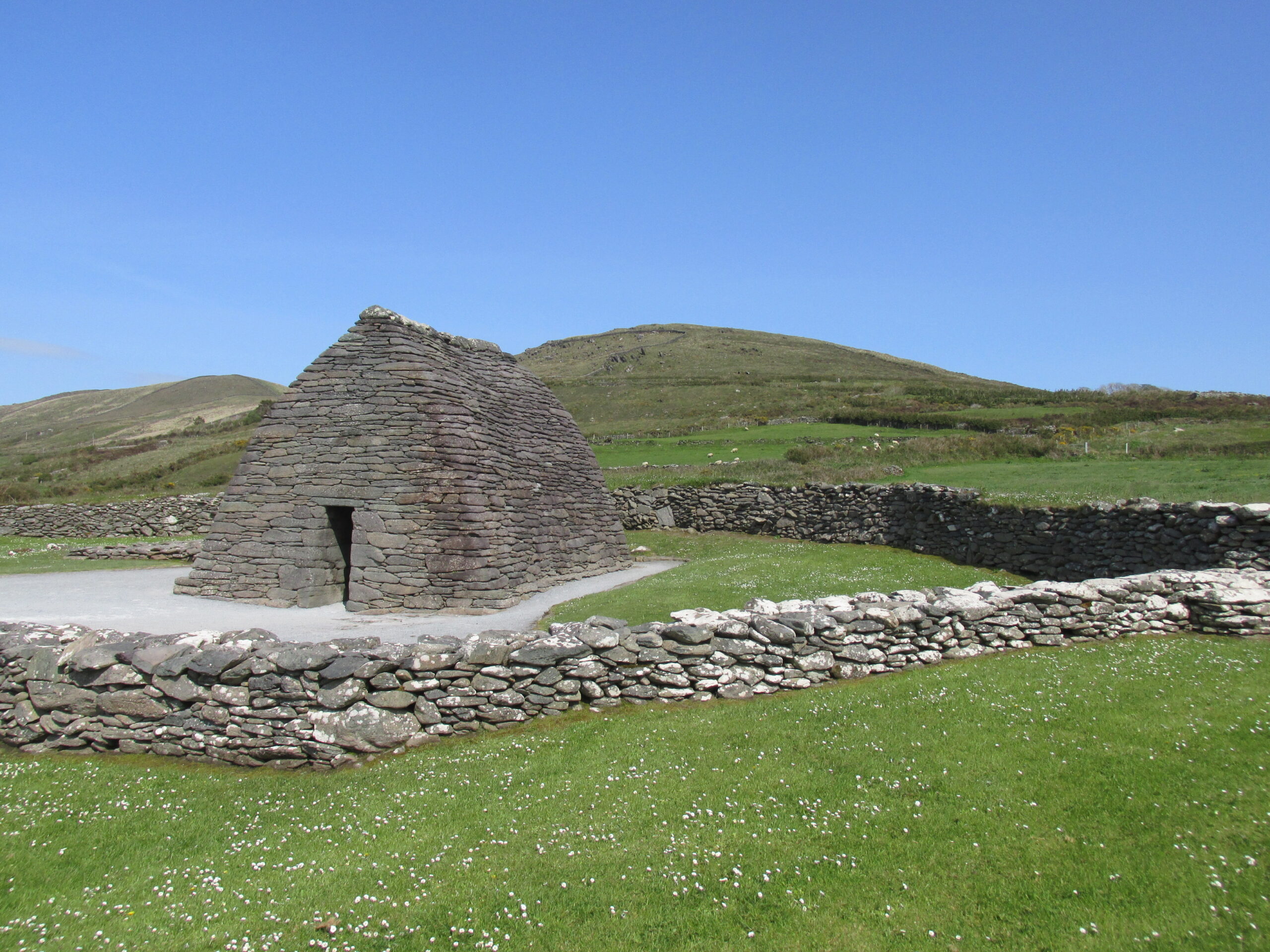 As we know, an oratory is typically a private chapel. This unique structure – somewhat resembling on overturned boat – has an interior space of only 10 x 16 feet, making it a very intimate chapel. With only a small doorway and even smaller window allowing light in on the opposite (east) side, it would be a perfect place for private prayer or meditation for an individual or small group. 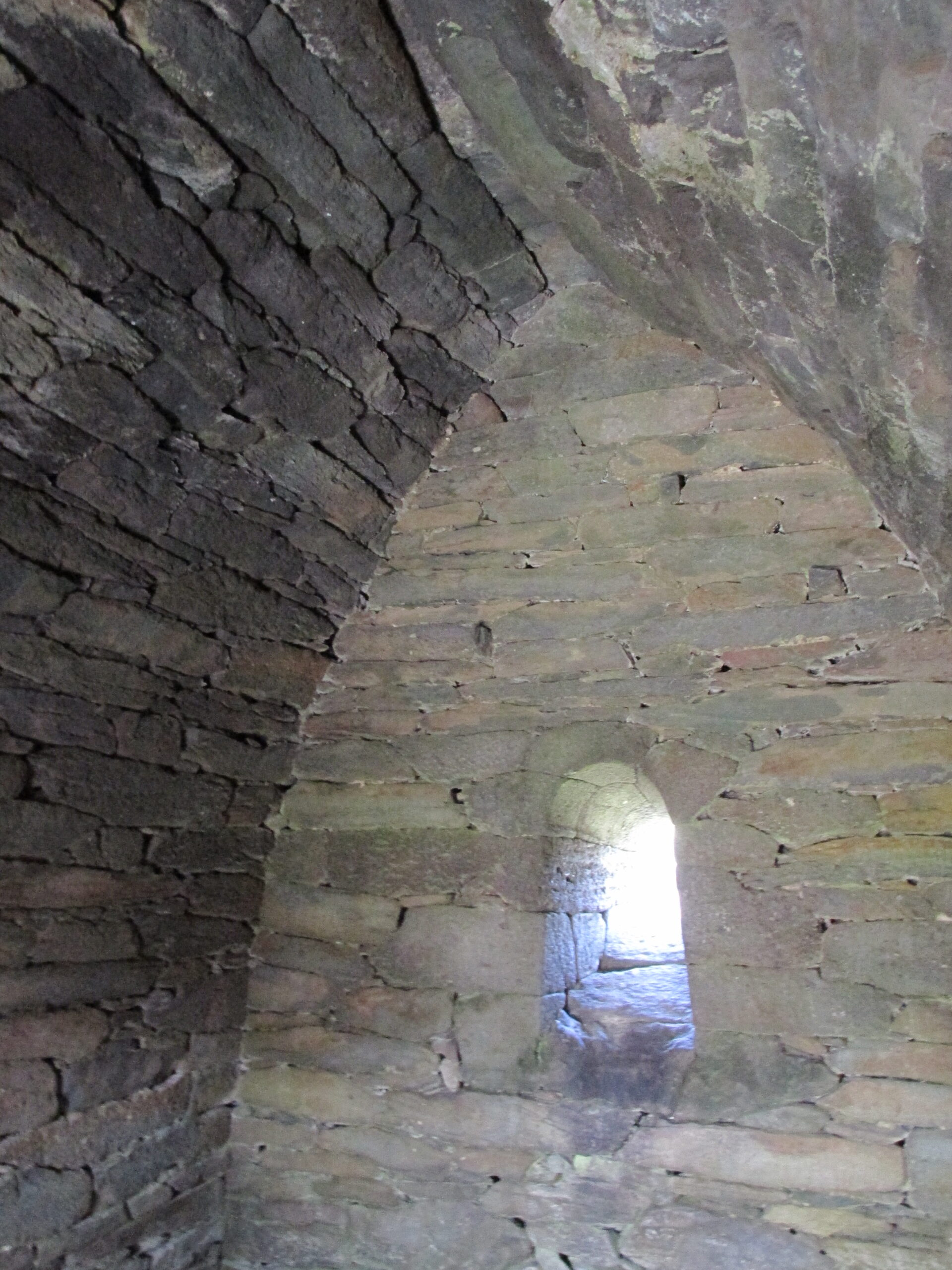 But what’s most amazing about this small building is not the design but the construction method – called corbel vaulting. While most corbeling is done in only one dimension, the stones for this structure not only corbel inward by a small increment as the walls rise, they are also laid at a slight angle, lower on the outside than on the inside, thus allowing rainwater to run off. The side walls eventually become the roof, while the end walls are corbeled to a lesser degree. Although it appears to have been built without mortar, according to H. G. Leask’s Irish Churches and Monastic Buildings, vol. I, (Dundalk, 1955, p. 22), that is not the case.

“Though Gallarus is built without mortar as a structural medium, mortar is not entirely absent from the building; very fine lime mortar has been found filling the internal joints here and there: an internal pointing to the stonework. It has also been observed filling small hollows in the inner faces of the vault, faces which were brought to a fair smooth finish with pick or punch by the builders.” 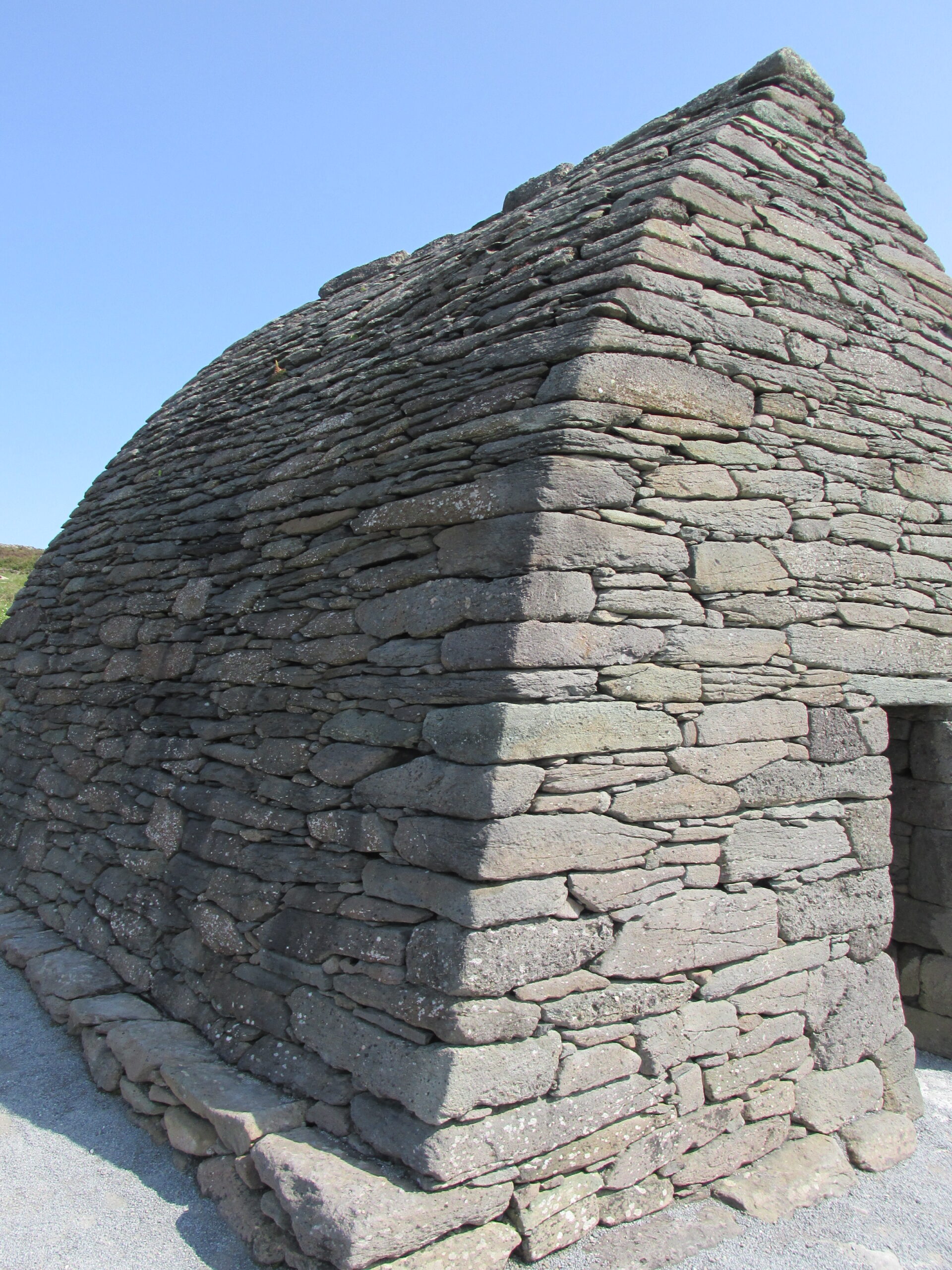 Though no one knows for sure who built it or for what purpose or even exactly when it was built, experts agree that it is the only intact building of its type. Well worth a visit if you’re ever on the Dingle Peninsula.