Finding historic religious sites in Ireland is almost as easy as finding a pub there. But finding examples of modern religious architecture is quite a different challenge. But, as the Bible says, seek and ye shall find. And so I did find a church in the suburbs of Cork that was completed in 1931 in the Modern Expressionist style – a style I had not actually seen before. It was designed by an American architect, Barry Byrne. Byrne did not win this commission through a competition. Rather, it was through another tried and true marketing method – having your work published. Byrne had come to the Bishop of Cork’s attention through an article by Lewis Mumford in the Catholic journal, Commonweal.  The frugal construction costs of Byrne’s previous churches were a factor in his selection, although Byrne’s Catholicism also seemed to have played a part in him winning the commission.  ( I must admit that these same factors have applied to my selection for a project at least once or twice in my career.) 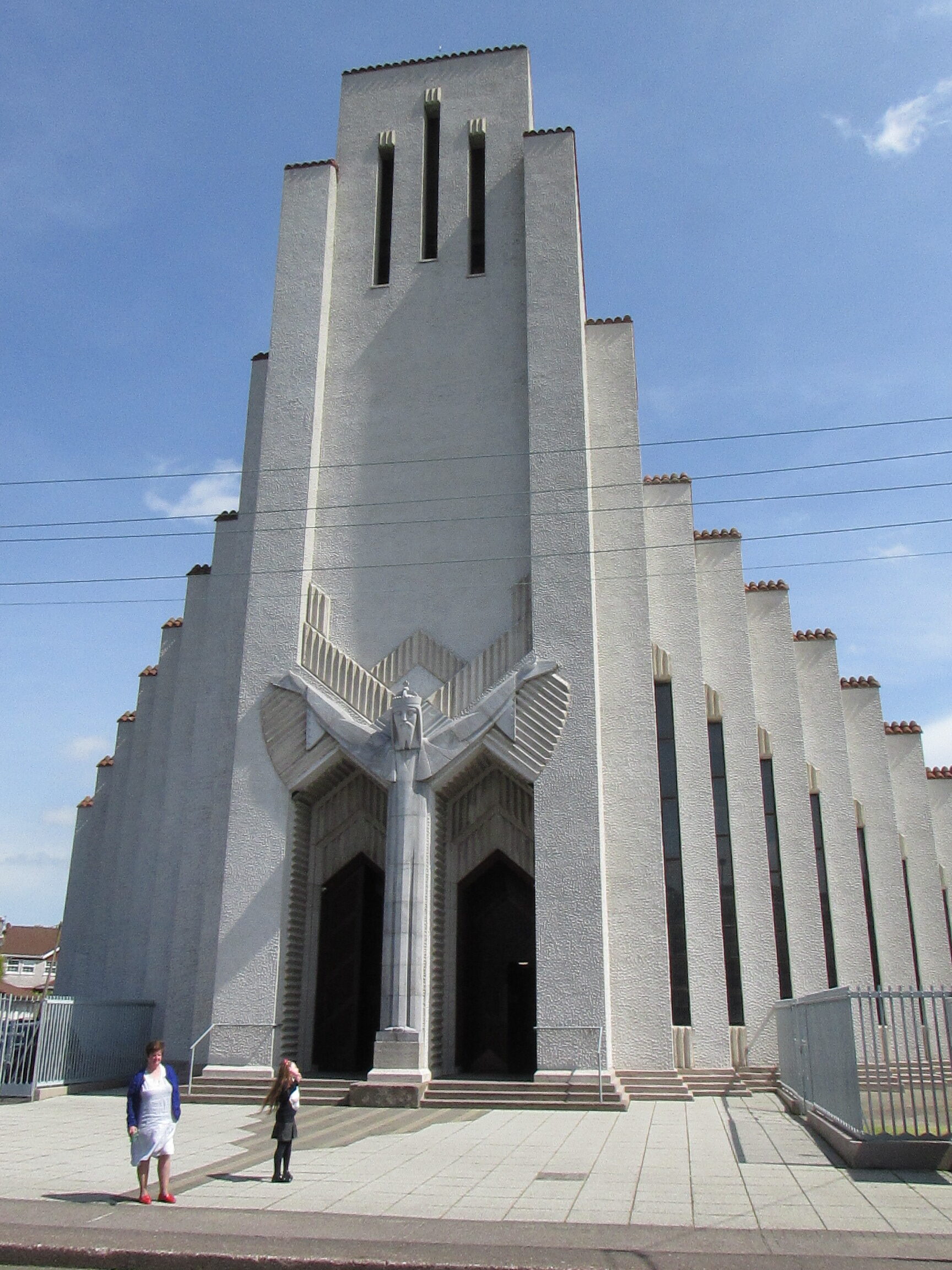 Not knowing much about Christ the King Church before visiting it, I was surprised to later learn that it had been designed in the late 1920’s – almost forty years before the Second Vatican Council. The elongated octagonal floor plan brings more of the seating closer to the altar platform and is a bit of a precursor to the kind of connection between the assembly and the Presider that we did not see regularly in Catholic church designs until after the Second Vatican Council – at least in the United States. 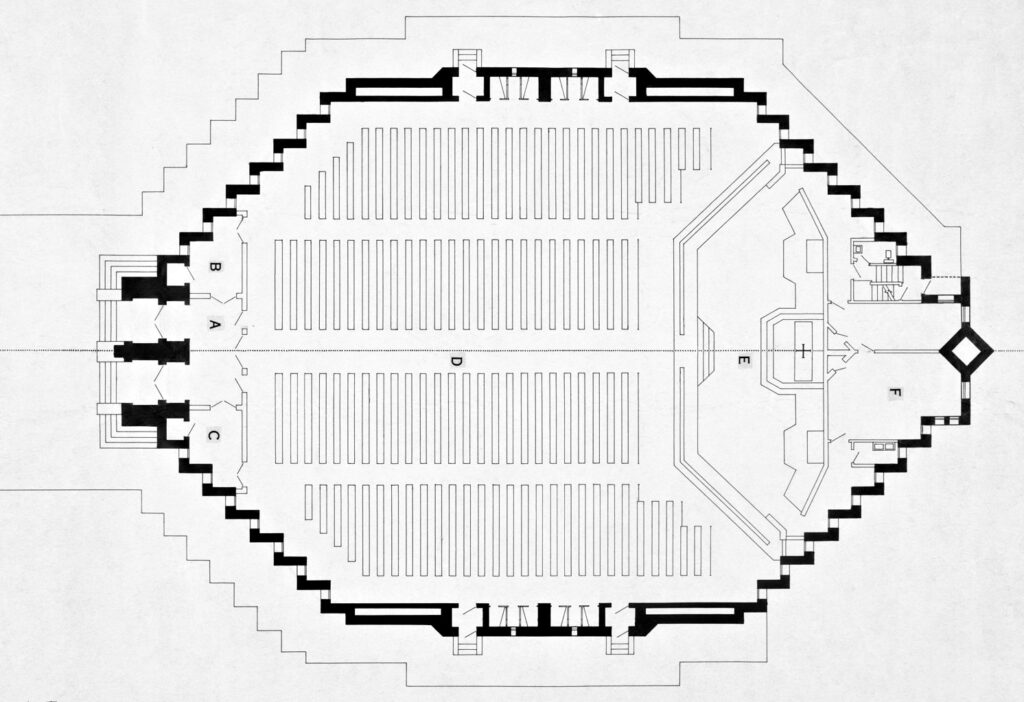 As you head toward the twin entrance doors, you are greeted by the impressive 19-foot sculpture of Christ the King pictured below, created by Chicago modernist sculptor John Storrs. 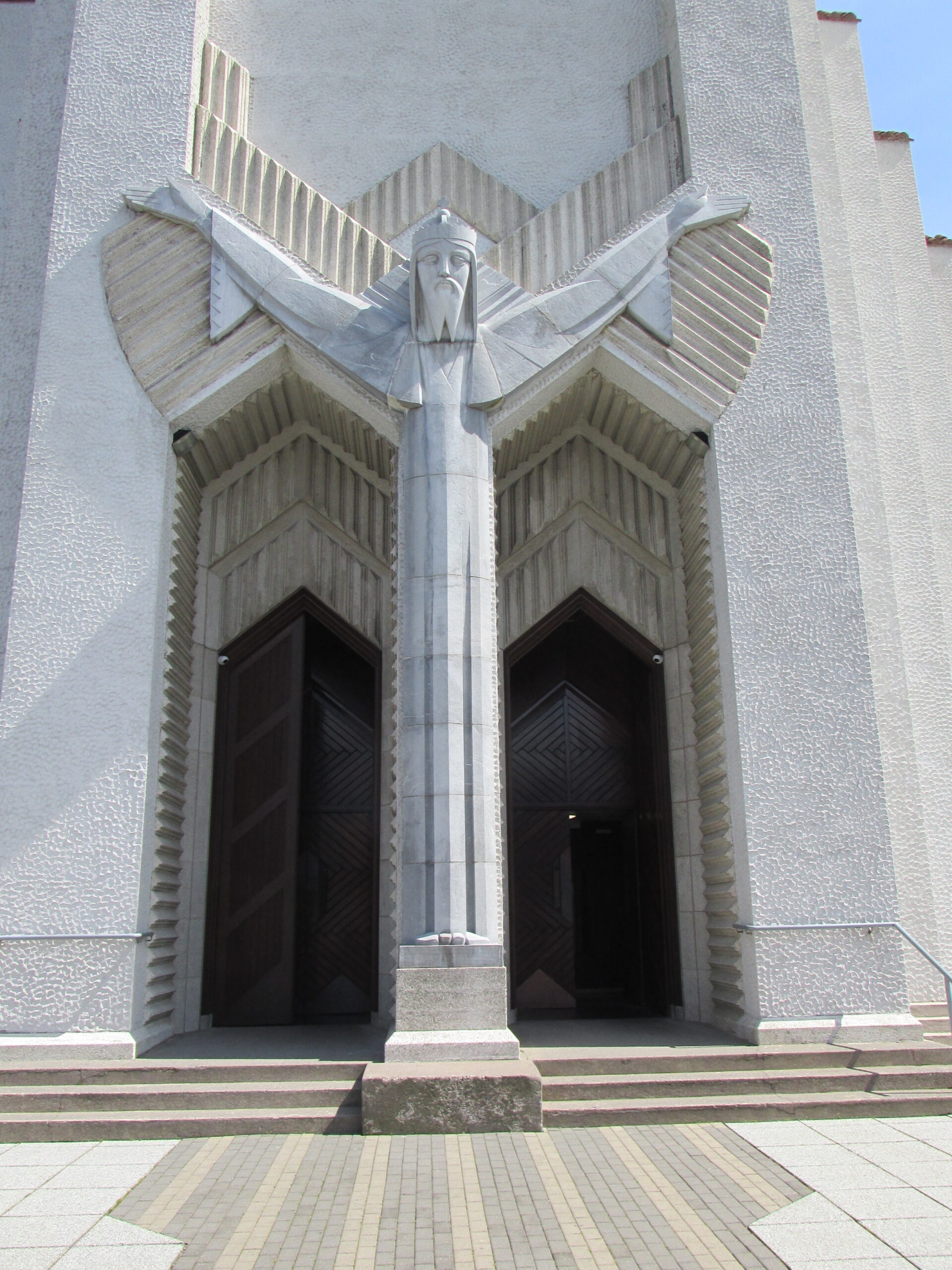 The interior of the church has a simple but effective design with a superb quality finish; black terrazzo is used for the floor and ivory terrazzo for the altar and reredos, where the zigzag shape of the ceiling is repeated. A ridge skylight, with angled louvers to prevent glare, spans from the back of the church to the front.  An interesting touch is a section behind the altar highlighted in beige to represent the floor plan. 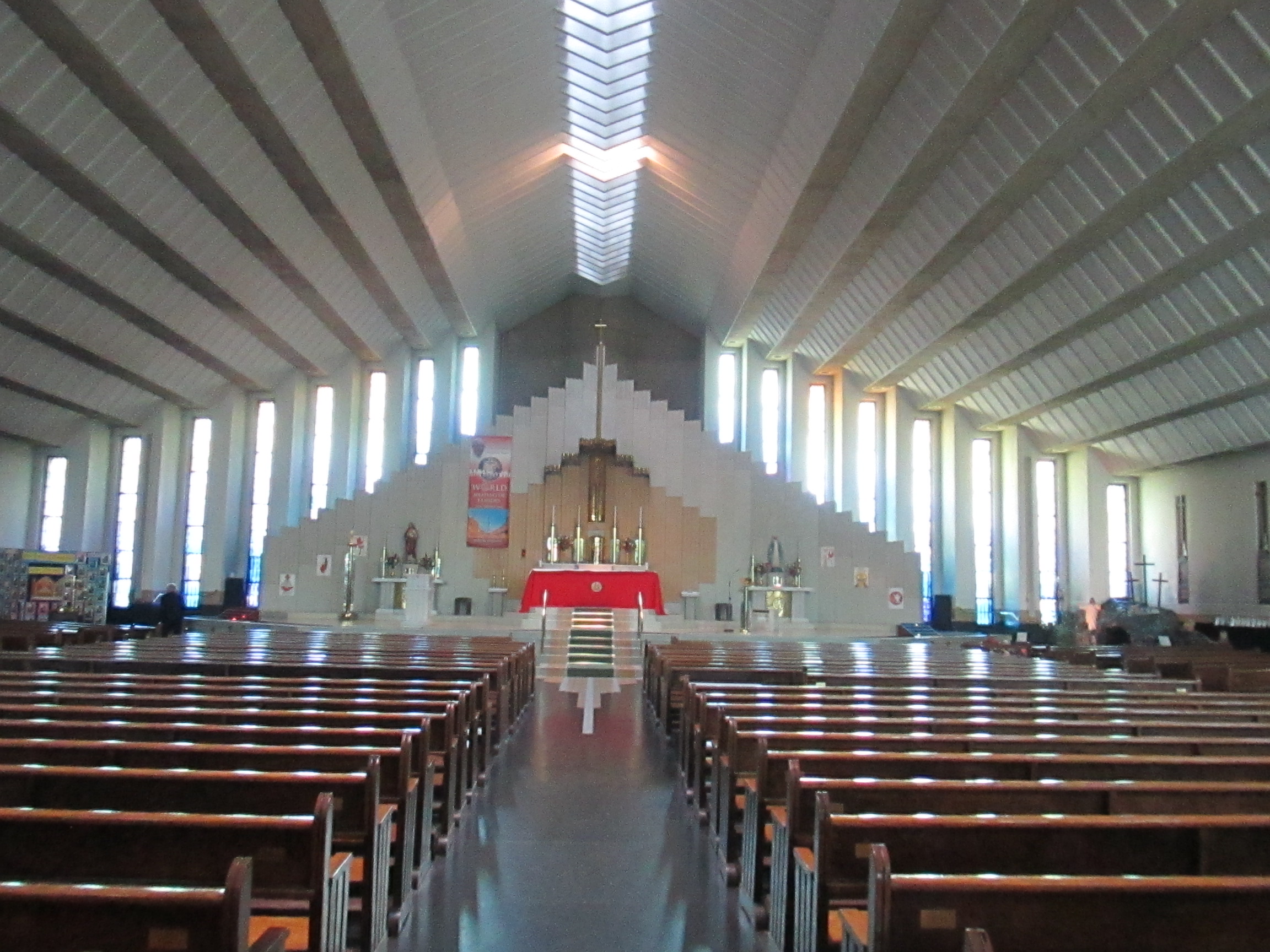 The main altar platform sits 5 steps above the main floor – which works out to be higher than the communion rail, which still remains. This combination creates a sort of “moat” around the altar platform that works against the intended connection between the assembly and the Presider (not to mention creating a pretty dangerous fall hazard!) 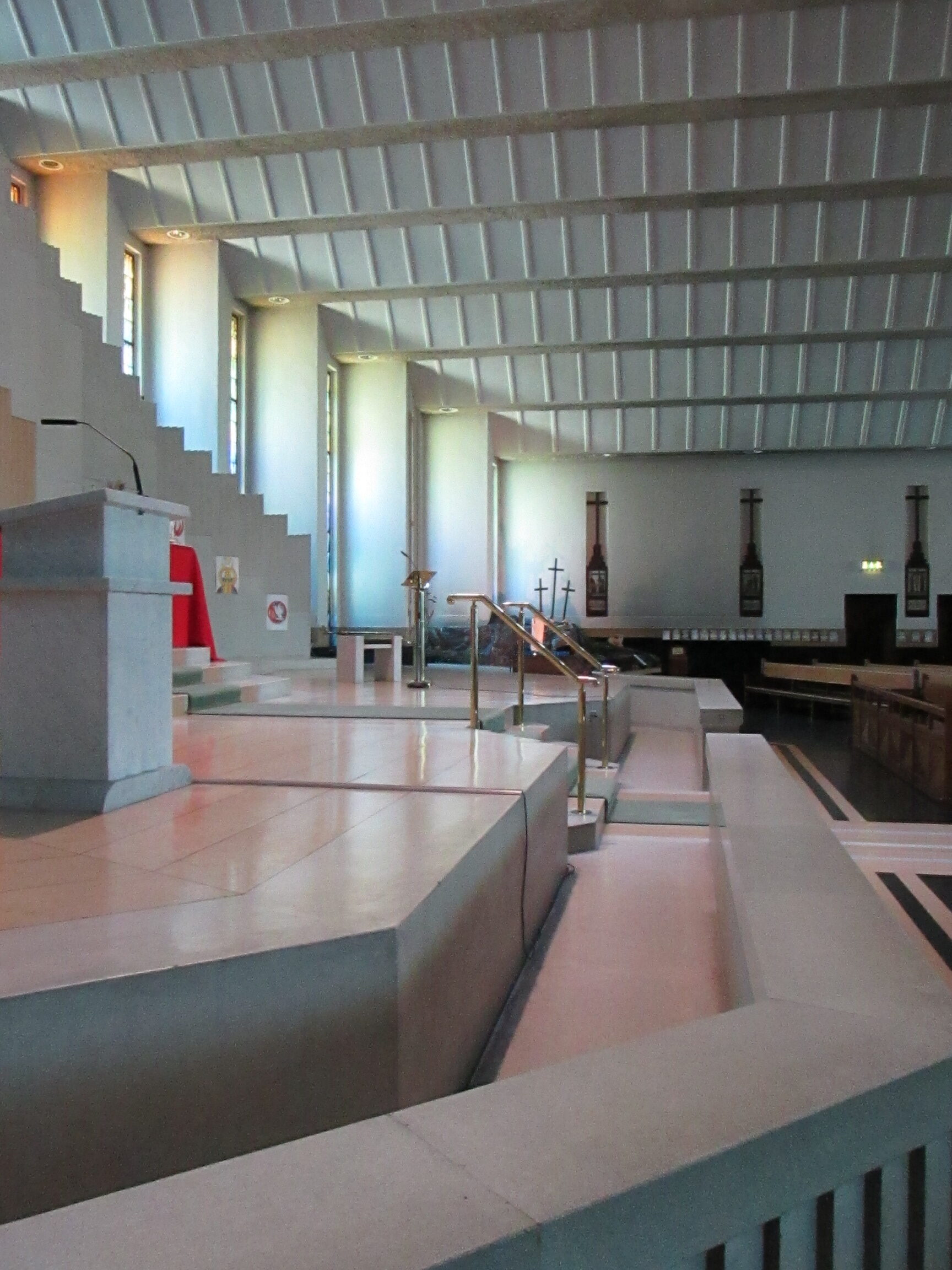 I loved the brightness of this church but I think that I would find it hard to worship in during the day because of all the glare from the windows. (The rear wall has the same fenestration pattern so it would be equally challenging for the Presider.)  Byrne considered Christ the King one of his best churches, which is a significant assessment considering his later innovative churches in the American Midwest. I’d say it was well worth a visit if you’re in the area and wanted a break from medieval architecture.