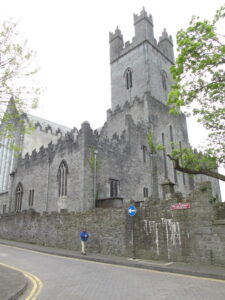 There is nothing quite like arriving at Shannon Airport at 7:35 am, picking up your right-hand drive rental car and heading out on the “wrong” side of the road, through the Limerick morning rush-hour traffic, to arrive at your first Irish Cathedral just in time for opening. Founded in 1168 AD, the Cathedral Church of St. Mary the Virgin  was celebrating its 850th year. Not surprisingly, it is the oldest building in Limerick. I was glad to hear that there is still at least one service held there each day.

It’s a little bit hard to read this wonderful building at first. The original cathedral was very simple in plan, consisting of an aisleless chancel, transepts and aisled nave – very Cistercian in character. But this is not at all evident from outside the building, due to a series of chapels constructed in the fourteenth and fifteenth centuries by the rich merchant princes in Limerick as extensions of the aisles.

You enter the cathedral through a side door that is accessed through a portion of the Cathedral’s graveyard, which wraps around two sides of the building. The graveyard itself was quite interesting, in that the family plots were very clearly defined and often decorated in unique ways. (Lots of Celtic crosses, too – of course.) 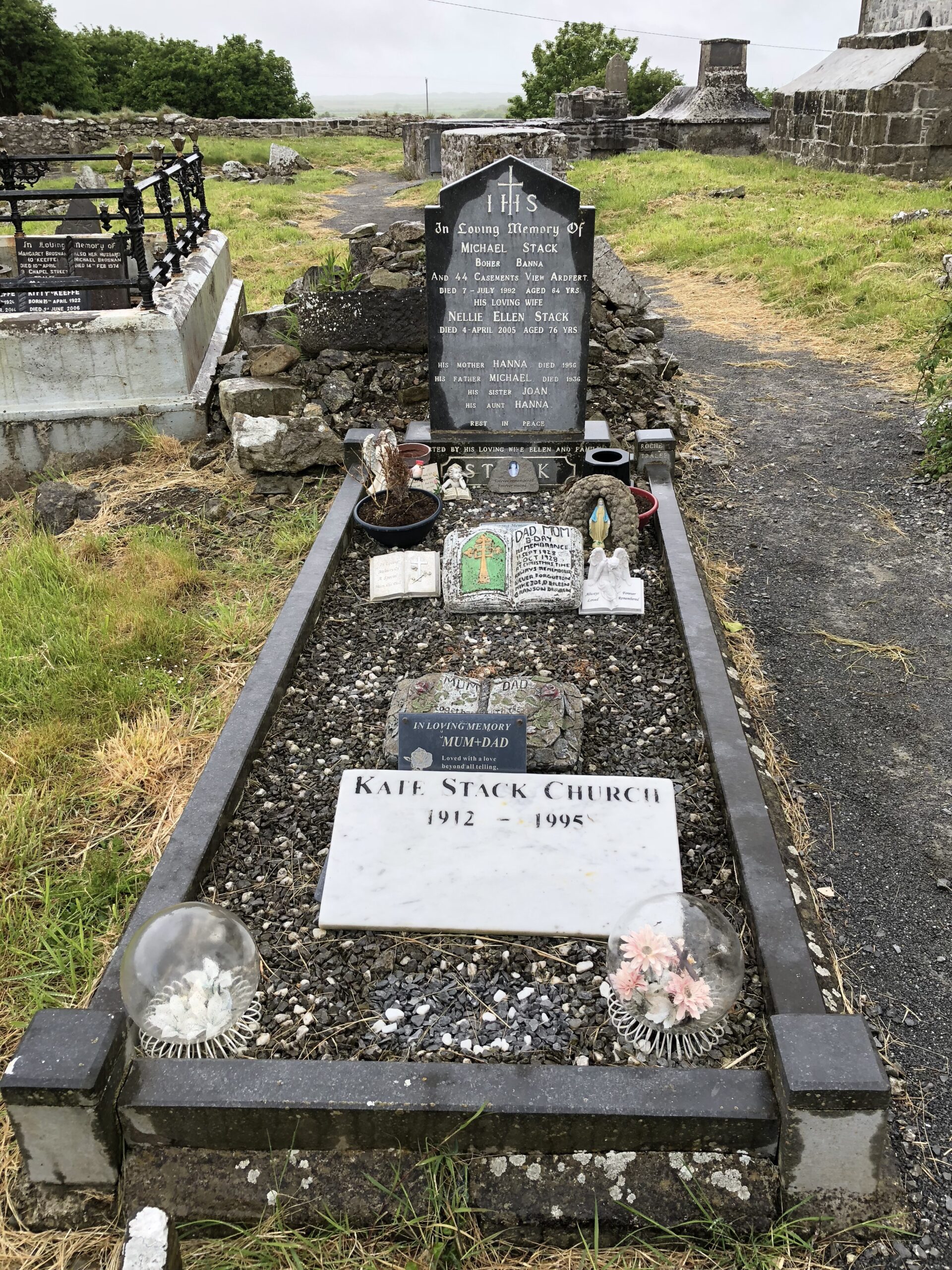 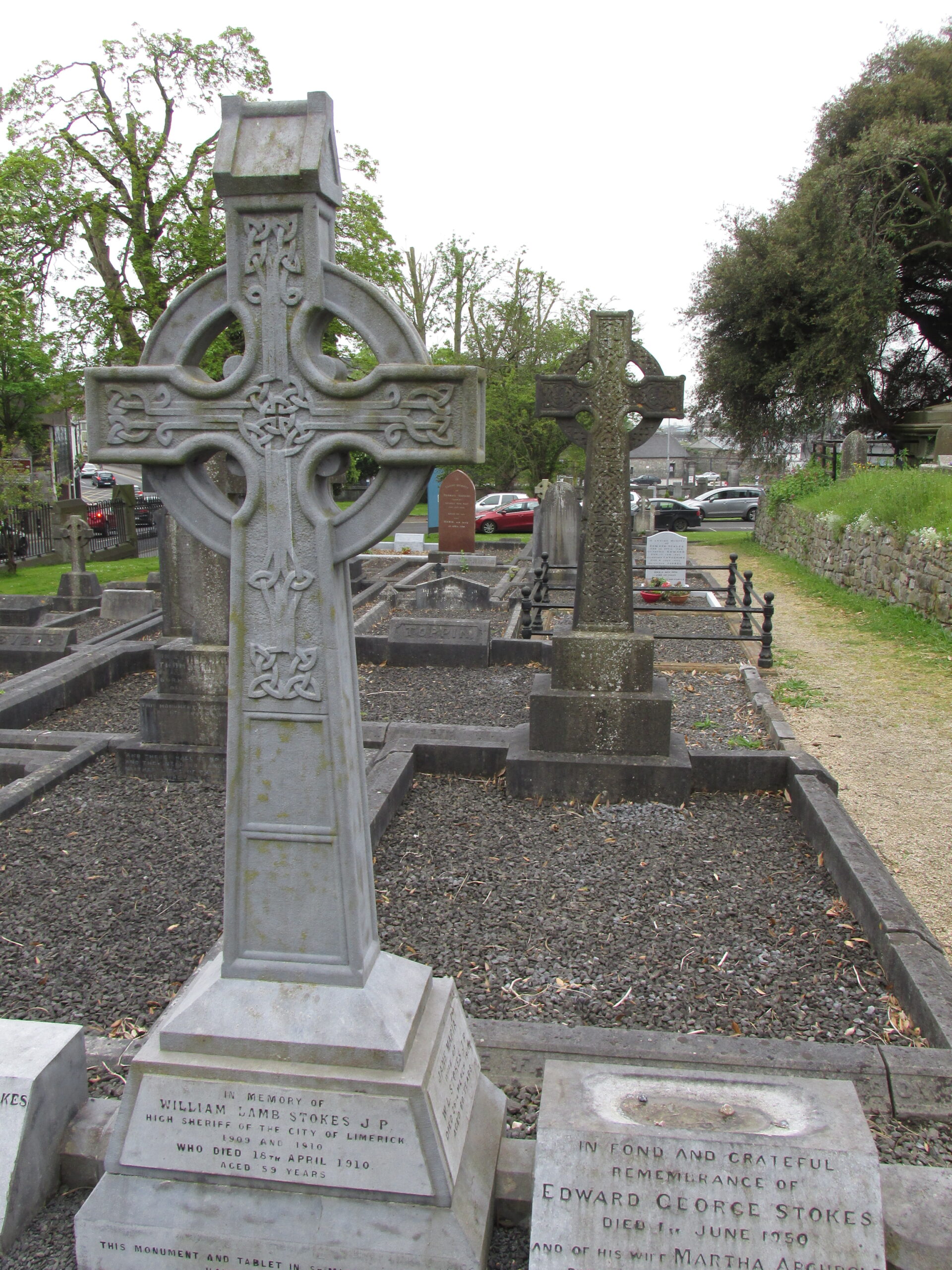 The building entrance is through one of the later additions – the Consistorial Court. This portion of the building was laid out as a medieval Great Hall. From my point of view, it would make a wonderful gathering space for fellowship but it is currently being used as the gift shop and admissions desk.

Once I made my way to the nave, I was pleasantly surprised by the non-traditional seating arrangement that I found. There were upholstered chairs – not pews – that had been arranged in an antiphonal style. Given that the length of the nave was only twice its width, it seemed to lend itself well to this arrangement. The beautiful stone floor (relaid over a new underfloor heating system in 1996), gave the space a great simplicity while the many added-on chapels took away from the original simplicity of the space (not to mention the poor lighting design, which is evident in the photo below). 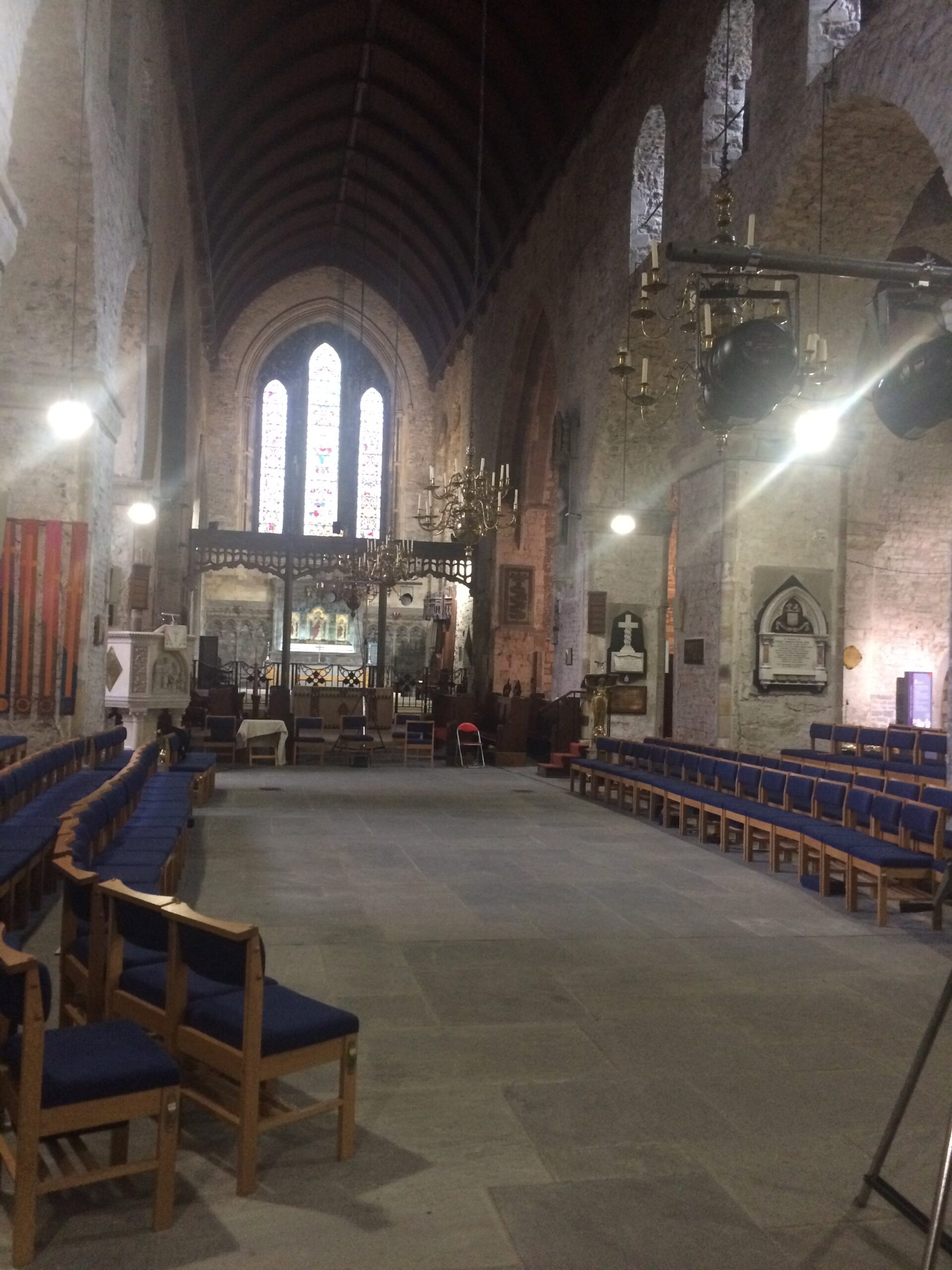 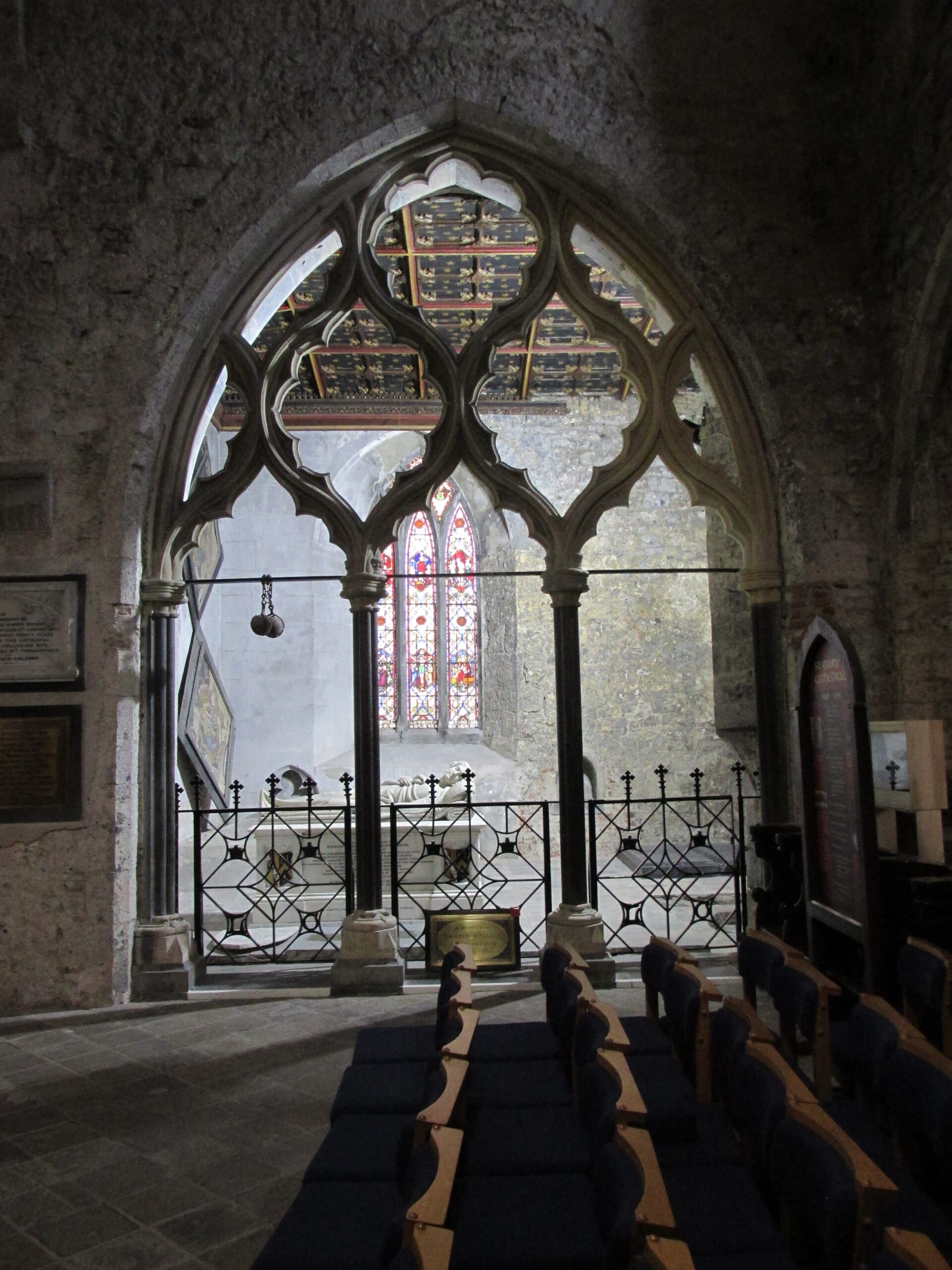 Of all the things people come to see in St Mary’s, the Misericords are the most famous. They are the only examples of this kind of furniture preserved in Ireland. The name ‘misericord’ comes from a Latin word meaning ‘act of mercy’. Carved from oak, between 1480 and 1500, from the woods at Cratloe, Co. Clare, the seats are constructed so that they may be raised. In the early Church the clergy stood throughout the services; in fact, at one time sitting, was forbidden. On the lip of each of the 23 seats there is a ledge which was designed to allow the occupant, though appearing to stand, to rest during long services, hence the name ‘Mercy Seats’.  Each misericord is now a stall for a member of the Cathedral Chapter. The beautifully executed carvings on the underside of the seats include such fabulous monsters as the Cockatrice (under the seat marked ‘Archidiaconus’) and the Griffin which was carved by a master’s hand (Praecantor’s stall). The carvings represent symbols of good and evil and in some cases their conflict. See the photos below for a sampling of the carvings. 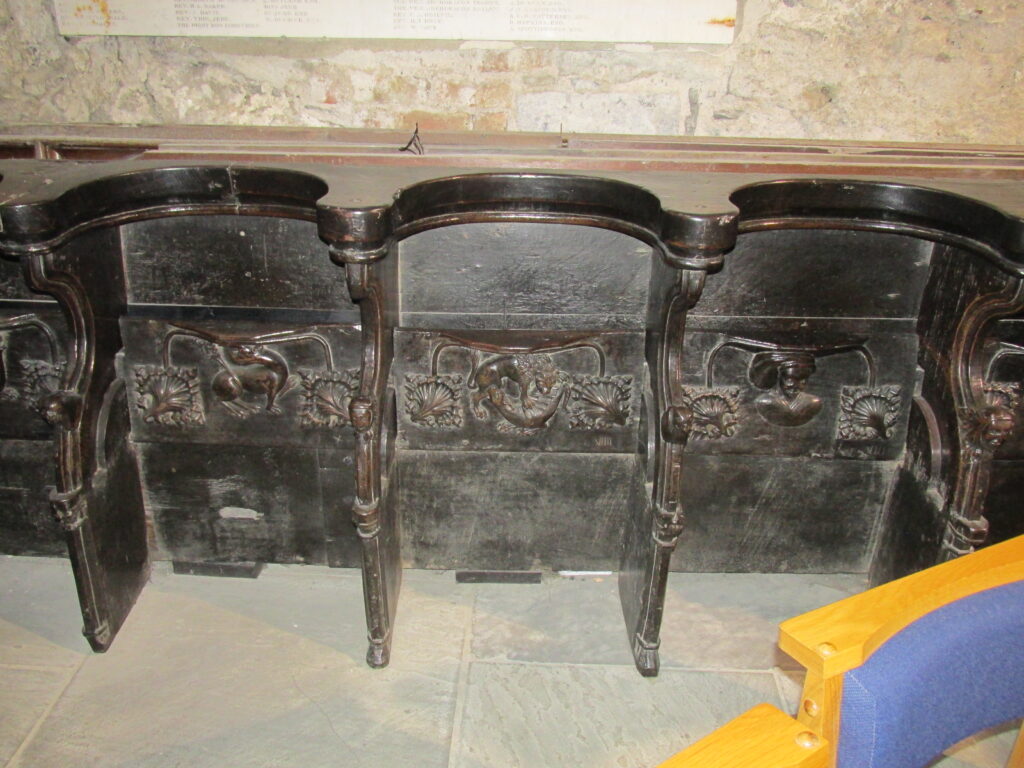 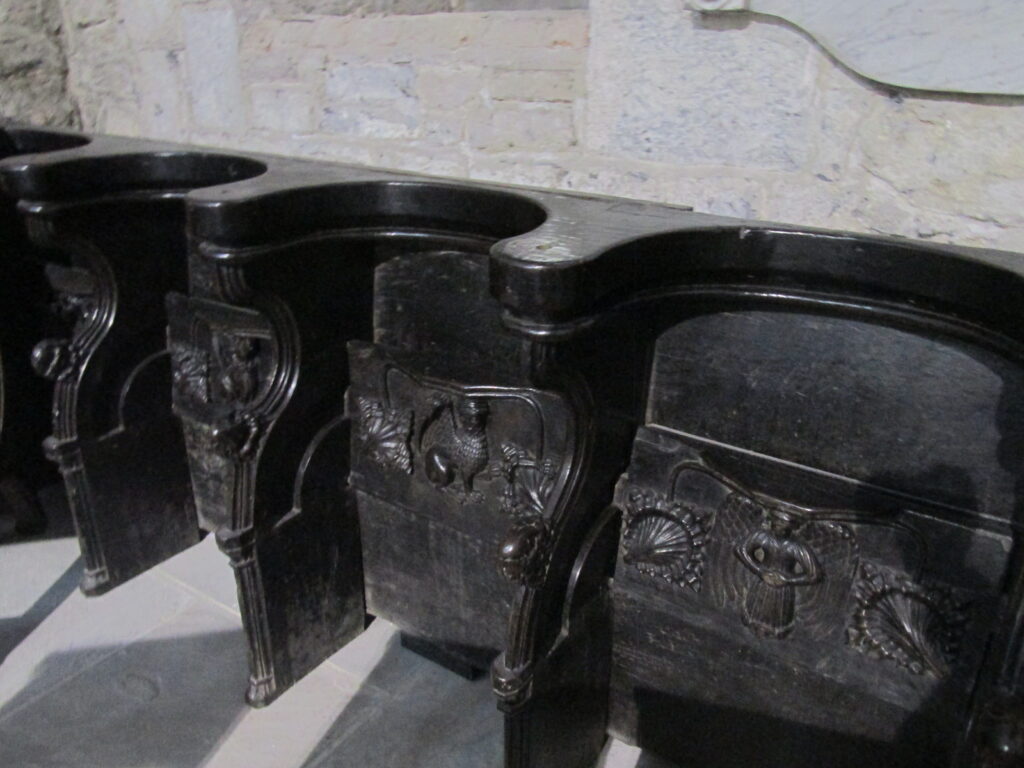 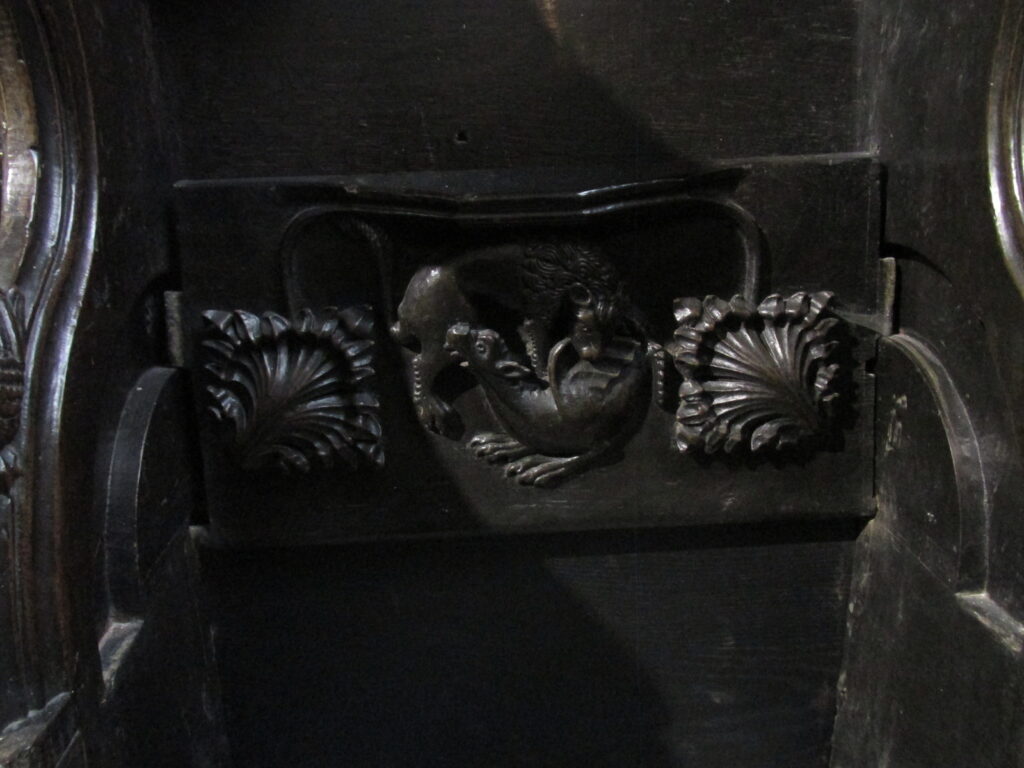