The recently re-opened Mayfield Presbyterian Church, designed by Foresight Architects, held a dedication service Sunday to honor the community and businesses who helped the congregation rebuild after a fire destroyed the original church in April 2011. Times Union reporter Brian Fitzgerald gives us his take on the story. 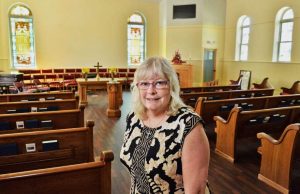 The single bolt of lightning that struck the Mayfield Presbyterian Church two years ago was so powerful it shattered the massive bell of the 182-year-old sanctuary in a split second.

By the time firefighters arrived, the tower was an inferno. The flames spread rapidly, and the church, home to five generations of town families, was destroyed in minutes on April 28, 2011. It was razed weeks later.

The rebuilt Fulton County church opened on March 31, 2013, with the helping hands of the pastor, her flock and volunteers. New pews sit on freshly laid cherry floorboards. The Rev. Bonnie Orth belts out stirring sermons through an earpiece microphone rigged to state-of-the-art speakers. A pair of high-definition screens screwed into the walls high above the altar can show YouTube clips and slideshows.

But what grabs the eyes and emotions of the 135-person congregation here are not the modern amenities. It’s the relics salvaged from the blaze.

There are the two quilts that fell off the walls during the fire. They likely did not burn because they were so saturated with rainwater and spray from fire hoses. Soot is still visible on both. All the congregants have since written their names on each.

The wooden baptismal font sits in front of the altar and looks almost as though it never weathered a fire that destroyed nearly everything around it. No one is sure how it escaped.

“I guess it was positioned just right,” Orth said.

The Communion table is the centerpiece. A bent brass cross that survived the fire is fastened to its front. Its surface was constructed from colorful shards of stained glass that cracked apart during the blaze.

“We’re so lucky, so blessed,” said Thelma Chiles, 89, who was baptized at Mayfield Presbyterian. Her family members have been with the church since the late 1800s. She lives a few doors away and saw the lightning strike from her kitchen window.

The fire broke her heart, but she says whatever pain lingered in the immediate days after the inferno was quickly trumped by how her community responded and the resolve she saw in her fellow churchgoers. “Look at this place now. Everything is so beautiful.”

Orth was 1,800 miles away in Texas when the lightning struck. She rushed back on the first flight she could grab. The two years since have been a blur of coordinating rebuilding efforts and helping her congregation cope while dealing with her own feelings of loss and grief.

“For most pastors, you may have three, four or maybe five people in your church at any time who need help working through a crisis,” Orth said. “Everyone here was hurting badly.”

Despite the fire, Mayfield Presbyterian has not skipped a single service. Beginning the week of the fire, Orth held services every Sunday at Mayfield High School’s auditorium.

The church raised $300,000 through donations from its own congregants, and from others in the community and around New York. Letters were sent to every Presbyterian church in the state asking for help. Insurance covered the rest of the costs.

Orth now seeks out other churches around the country that have been destroyed. This week, she and several of her congregants will travel to Mississippi to help a church that was ravaged by a tornado.

“You never really can imagine how it feels to lose your church until it happens to you,” Orth said. “It’s like losing a member of your family.”

Click on the photos below to learn more about this project. 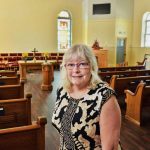 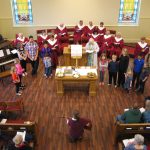 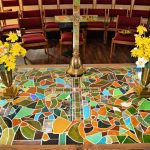 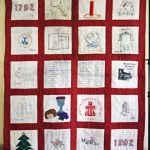 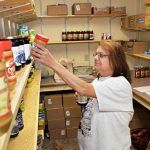 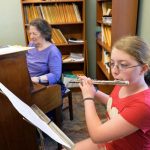 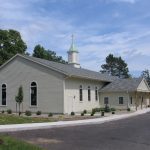 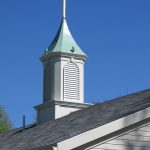 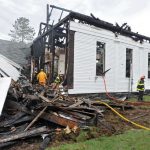