What happened next is probably best told by the church itself. The church has embarked on a GoFundMe campaign, titled “All Glory to the Agape Champion.” The campaign will feature a 20-minute video explaining the history of the construction project as well as detail the plans for the future. The video will include a “boxing match” theme and feature the song “Champion of Love” by The Cathedral Quartet, which Sears said the church received permission to use. “Down, but not out is the theme,” Sears said. “We do the history in an interesting way by having 10 years of our story in 13 rounds of a 20-minute boxing match. The 13th round will be people responding to us in a positive way through their gifts, winning the championship and becoming the champion of love.”

Our services of this client consisted of developing a new, more affordable Building Program and coming up with design solutions using the existing structures. The new design consisted of approximately 12,500 square feet and converted the concrete and steel structure into an Adirondack style building. You can read more about the project and the campaign in the Fulton County Express. 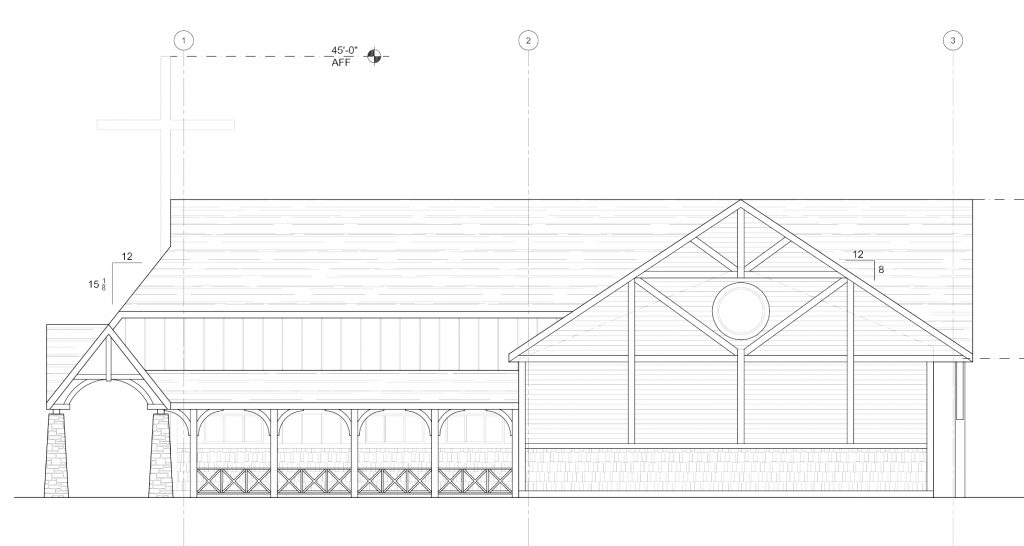 Rendering of the proposed design by Foresight Architects